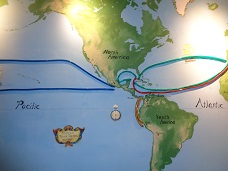 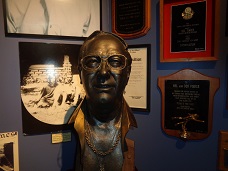 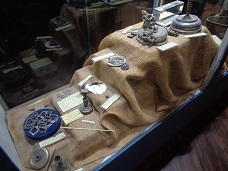 Drive to the Fisher Museum in Central Florida and start your tour with a 20 minute film featuring Deo and Mel Fisher.

The Fisher’s opened the first scuba shop in Rivera Beach, California which did very well.  Eventually the quest for gold and silver brought them to the turquoise waters of Sebastian and Key West, Florida.

On July 24th, 1715, a fleet of eleven Spanish galleons and one French ship, set sail from Havana, Spain.  All of the Spanish vessels perished in a storm off the east coast of Florida, near present day Sebastian.  Seven hundred lives and over 14.000.000 pesos worth of treasure went down.

Another ship, The Atocha, met a similar fate in 1622.  Following a 16 year search, a salvage team led by Mel Fisher recovered the mother lode of the Atocha, from its nearly 370 year exile on the ocean floor, establishing the greatest discovery in treasure salvaging history, both in archaeological and commercial terms.  During the search for the Atocha, Fisher and his crew also discovered and raised treasure from the Atocha’s sister ship, The Santa Margarita as well as an English merchant slave ship, The Henrietta Marie.]

The Atocha contained over 900 silver ingots, 150,000 silver coins, emeralds, jewelry, etc.  The salvage amounted to over 400 million dollars.  Some of the treasures are on view at the Museum and available for purchase in the Gift Shop.  Mel Fisher died in 1998.

Before you visit the museum be sure to stop by the Chamber of Commerce (just across the street) to collect valuable money saving coupons.  Photo credit: M. Gil. 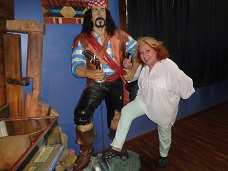 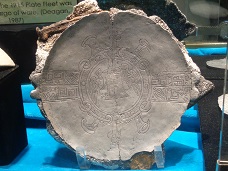 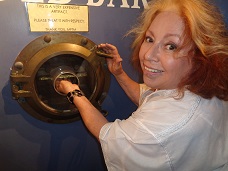